*** http://tiny.cc/afbv ***
The reason | My bullying experiences | AFBV social media | AFVB Blog | Other online resources | Send me a holler! | For haters
The Reason
The reason behind the Affirmations For Bullying Victims movement is a simple one. I want to help people. I was bullied almost to the point of suicide myself back in the 1990's. It's not a new problem, but it is more publicized today. I know how horrible and lonely it feels when nobody stands up to help. I took every negative thing I was led to believe during those dark years and turned them into a message of encouragement. I want people to know that I've been there, I got through it and I want you to get through it too.

Bullying makes people feel alone and powerless. Inept handling of bullying by authority figures might result in the victim taking matters into their own hands. In the most extreme cases, the outcome is death. Like Megan Meier, Amanda Todd and many others, all young people who committed suicide. Like Eric Harris and Dylan Klebold, or Cho Seng-Hui; the shooters who took other lives as well as their own at Columbine and Virginia Tech. How many more shootings and suicides will it take?

Each and every child you see is a promise for the future. Children who get bullied severely and survive might be afraid to express themselves. They may never see their full potential because they're too busy watching their backs, bracing themselves for ridicule and wishing to disappear instead of focusing on their schoolwork and talents. They might throw away their future by committing suicide, or by trying to harm or kill their tormentors. Some are lucky and overcome it all. Others grow up believing they're too ugly, stupid or worthless to be anything special. They might wander down a path of self destruction because they think they don't matter. No one should grow up feeling that way about themselves.

There are several great anti-bullying resources available. It's as easy to find them as it is to get on Google or Yahoo and run a search. The problem I see is most of it focuses on dealing with the bullies. What about the people being bullied? Victims of bullying NEED to hear words of encouragement. They need to know someone out there cares and believes they are worth something.

And that is why the Affirmations For Bullying Victims message exists. 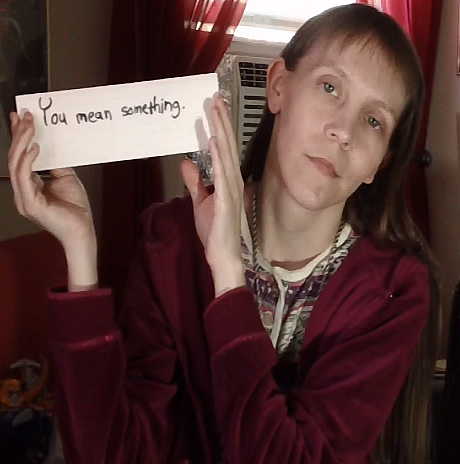 Back to the Affirmations!

Disclaimer: I am not a medical or psychological professional. If you are on the verge of suicide or harming others, seek professional help immediately.